Candice McField is the founder of Candice McField Fitness. An ACE Certified Health Coach and fitness educator, she has more than 15 years of industry experience. Candice serves on the Kansas Governor’s Council on Fitness and is the host of “Conversations with Candice” on the Fox 4 Kansas City Morning Show. She holds a Bachelor’s degree in Economics from Loyola Marymount University and an Executive MBA in Global Management from Thunderbird School of Global Management.

For more information or to work with Candice, email coaching@candicemcfield.com. 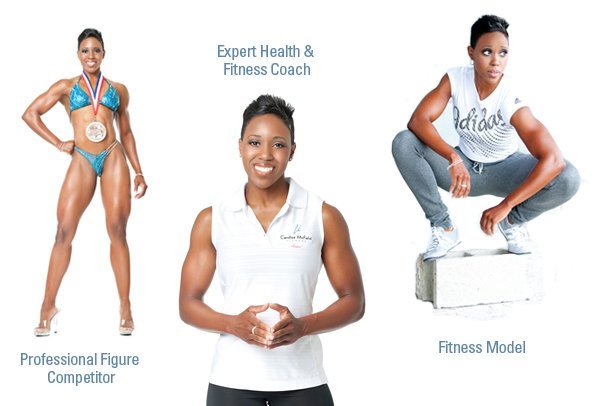 A natural competitor at a young age, Candice excelled in basketball and softball, but later fell in love with Figure competing. Candice’s accomplishments include a feature in Oxygen magazine’s, Future of Fitness section, earning her professional card, and securing the 2010 World Natural Bodybuilding Federation “Ms. Figure Universe” title upon her first place finish in Barbados.

Mission
To help clients and organizations arise to their fit potential.

Mantra
Arise! originates from Isaiah 60:1-“ARISE, Jerusalem! Let your light shine for all to see. For the glory of the Lord rises to shine on you.” Arise! simply means to move forward, take immediate action toward the positive, and be accountable.

Logo
Candice’s signature serves as the CMF logo. It signifies quality, confirming that Candice only puts her stamp of approval on services and products she believes in.